The last couple of posts have seen a slowdown in work on Turbo Tomato due to outside interference by life (how inconvenient).

This post is a week late, so you can imagine...
New music arrived in Turbo Tomato last time, and now it's the turn of some new graphics. In the past couple of weeks, Chris has started on reworking the background tiles away from my programmer graphics into something more reasonable. I haven't had a chance to get them running in the game yet, but they're looking good. 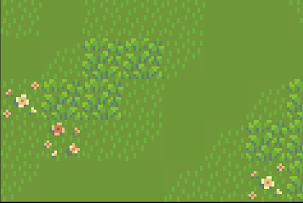 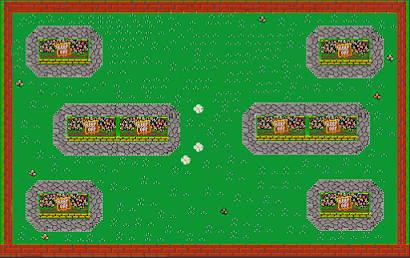 Early layouts of the key art have started to come in too. More about that soon.
For my part, I've been looking at the balance of the game in terms of how difficult each level is. I developed a utility to analyse the level files and calculate a "difficulty" heuristic, then plotted those in Excel. Yes, the screenshots I have made recently are all of Excel and its various graphs.
As a result of this, I decided to reorder the levels in World 1. Pond Life  was way too hard for the third level the player would encounter, but making it easier would have really compromised the idea behind it (special enemies, introduce environment effects like water and mud). It's now moved to later in the world, and it can even be routed around. Some further shuffling of the deck was done to put levels with special enemies later as well.
Now, though, the world map has changed, so I need to edit and reimport the world map image, which needs a new asset pipeline tool, which requires some way of compressing data in Python that can be decompressed on the Amiga side (it's currently using RNC ProPack). Where did I put those Yak shears?
The level difficulties are still all over the place, so there's more work to be done. I rebalanced the normal enemies so their individual difficulty is more progressive, which helped, and I am currently looking at how to distribute the revised enemies across the game. I am however coming to the conclusion that I perhaps have too many enemy types to fit in! There are 16 "steps" the player advances through, excluding guardians, but there are around 30 types of normal enemies and about the same number of special enemies. It's proving tricky to come up with a distribution that includes them all while also giving my intended stepped difficulty ramp across the game. I think some enemies will inevitably be cut. It's another case of past-me firing ahead and adding features without any real planning, and this period of slow progress is just when I pay for it.
In something slightly more exciting than spreadsheets, I have recorded an interview with Daniel Müßener and Bernd Schmidt of Amiga Future Magazine for their retro stream in Gamescom 2020. We covered a lot of topics including my work on the WHDLoad project, but Turbo Tomato got some coverage too of course. The retro show will be streamed sometime during 27-30 August 2020 as part of Gamescom, and there's a Turbo Tomato exclusive reveal in it so be sure to watch!
Until ... sometime?
Turbo on, everyone.
Email ThisBlogThis!Share to TwitterShare to FacebookShare to Pinterest
Labels: amiga, devlog, retro, turbotomato